In the middle seventies, a large American construction company sent me to The Darien Gap, where they were attempting the construction of the last highway link between North and South America.  The route crossed a jungle so remote, so difficult to tame, that the highway remains uncompleted to this day. You still can’t drive between North and South America. 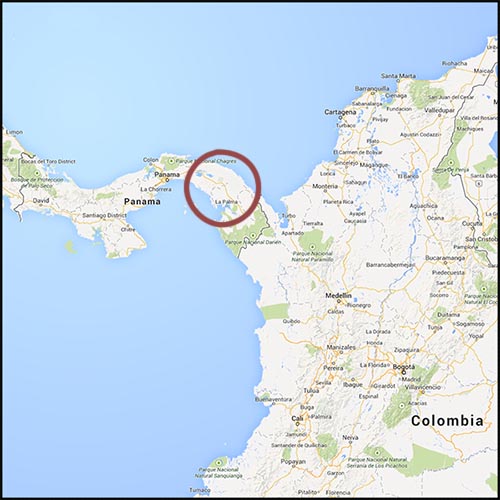 Our shoot took us first to Guatemala and then onward to Panama City, along one of the very few routes that used the then brand-new Boeing 747. For me, a long-time airplane fan, the flight was an adventure in itself.

On the day-long flight, the drinks were free and the food was excellent. The film’s Director, Kelly and I were travelling in the lap of luxury.

Unfortunately, luxury that was all too short-lived. 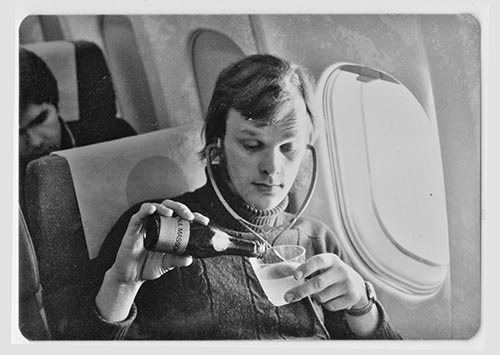 At dawn the next morning we departed southwards again from Panama City in a much smaller plane – a Cessna 206, a single-engine aircraft piloted by a Panamanian who appeared like me, to be in his mid-twenties.

At that age, we’re invulnerable, right? Nothing can hurt us. It was apparently true for the pilot who, facing a long and, for him boring ride southeastwards directly into the tropical sun, had his own flight safety rules.  He set the Cessna up for cruise, carefully adjusted the trim, took his hands off the controls, sat back, pulled his ball cap down and closed his eyes.

He was having a snooze.

I looked behind me in the rear seat at Kelly, the Director, who was doing exactly the same thing. Everyone else but me on this airplane was asleep.

I gazed down at the jungle moving slowly past my window. Vast and unvarying right to the horizon, the endless green canopy hid everything from view. I realized that a tiny airplane like ours would be all but invisible should we go down.

I looked at the pilot, still apparently asleep. I looked back at Kelly, definitely asleep. Apparently, I was in command. Certainly nobody else was.  I knew enough about flying to be able to read most of the instruments, and as far as I could see we were doing well. The Cessna droned on, seemingly forever, the jungle below unchanging.

“Beeeeeeep! Beeeeeep! Beeeeeep!” An alarm sounded in the cockpit. What was THAT? Panic gripped me. What should I do? The pilot stirred, rubbed his eyes, raised his hat and hit a switch on the instrument panel, silencing the alarm.

“Yes, but what was the warning? Why was it beeping?”

“Alarm is warning me wake up.”

Kelly had woken to the alarm, too, and was grinning at me, equally incredulous that we’d been flying across the trackless jungles of Panama with our pilot asleep at the controls. Although it had lasted probably about twenty minutes, the pilot’s “little sleep” seemed to have revived him and he was now wide awake, busy with the controls, speaking over the radio, doing pilot stuff. I relaxed a little and said nothing of my fears of the last few minutes.

We continued for a half hour or so until, directly off our nose, a tiny, straight brown thread broke the monotony of the green carpet below. A dirt road. But as the pilot began to descend, I realized that it was not a dirt road at all. It was the runway.

A steep approach and a bumpy landing later we emerged from the Cessna, unloaded the aircraft and surveyed our situation.  There was nothing there but the dirt airstrip, the jungle and in the shade of a huge tree, a white Ford pickup.  Inside, sleeping, was our contact.  It was time for us to go to work.